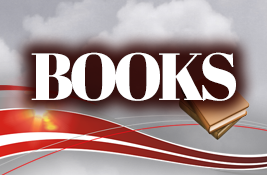 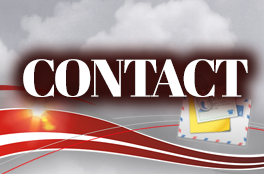 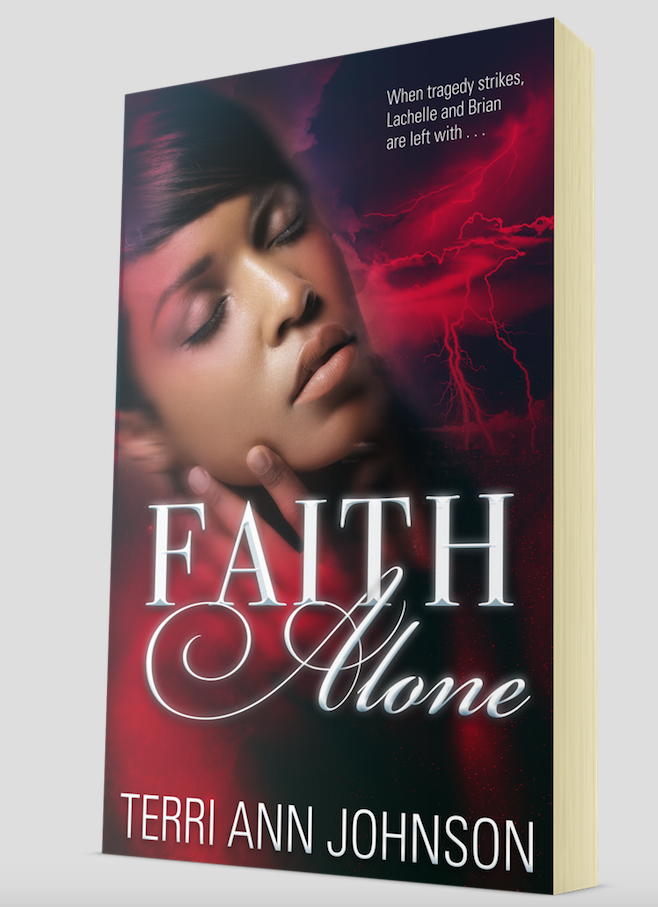 Lachelle is a social worker who counsels pregnant women facing economic challenges. When she faces her own life threatening pregnancy and a personal tragedy how will she make it through her storm?

Read an excerpt from Faith Alone

I was so deep in that memory that I didn’t hear Brian come up the steps. As I curled up on our bed, Brian stroked my face, and as if reading my mind, he said, “This isn’t like last time.”

Brian’s love wrapped itself around me like a warm blanket. Although he held me from behind, the smell of his cologne met my nose.

As he wiped a trickle of tears from my cheek, he softly sang, “I just want to praise you, forever and ever and ever for all you’ve done for me. Blessings and glory and honor they all belong to you. Thank you, Jesus, for blessing me.” When he got to the last verse of my favorite song, he said, “You wanna join me?”

“Naw, no singing today.” It had been a long time since I had been in this kind of funk. Bringing his spirit down was something that I didn’t want to do. But, I couldn’t fake the fact that I was drowning in a sea of depression. I needed to know if I was pregnant, now.

“Chelle, let’s do this,” Brian said as though he was talking to the boys on his football team before a game. He grabbed a bottle of water from the nightstand. “Drink some water.”

“I don’t need it,” I said as I pushed off the bed, telling myself to calm down and be nice. Brian was doing his best to help me through this, but he had not been a part of my life in high school; he had no idea what it was like to go through the heartache and pain.

But, he is here now.

I grabbed the test from the cabinet and decided to go back into the bedroom to read the instructions with Brian.

Brian’s eyes lit up when he saw me stand in the doorway. It was a haphazard toss of the box into the air, but I wasn’t surprised at all when he caught it.

“Together.” I reassured him.

He gently opened the box and read the instructions to himself. Then he gave me the Cliff Notes version.

It was simple. All I had to do was pee on the stick…and I did. 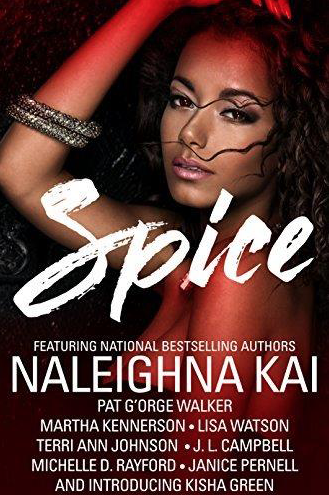 Terri Ann Johnson is one of the contributing authors to Spice featuring nine authors, including national bestsellers and award-winners. Spice brings an array of prose that is sure to provide a literary experience you’re sure not to forget.

I reached across Greg to snatch up the television remote and turn up the volume because the words flashing across the screen stabbed my heart. A young Asian newscaster said, “We’re live in front of John Baynes Middle School where it has been reported that the school is on lock-down due to a possible shooter inside.”

There had been a rash of school shootings that had devastated communities across America. We never thought it could happen at a predominately Black school.

The newscaster continued, “It’s not clear if the person is a student, school personnel, or someone from the outside.”

Within those seconds, fear could’ve been a living, breathing thing sitting right next to us. My heart hammered in my chest. Greg’s panic stricken expression probably matched my own.

Li’l Greg was the first to recover, “That’s … that’s my little brother’s school.”

I swung my legs to the carpet, and moved to make room for him next to us. At that point, we watched as a few kids ran out of the school. The on-site reporter caught up to one of the students and asked, “Can you tell me what’s going on inside?”

Before the freckled faced girl, who is a member of Jalen’s debate team, ran she stopped to say, “A kid brought a gun to school and it went off.”

That was all she managed to say before the next wave of students and teachers rushed past the cameras and journalists.

Was my baby terrified hiding under a desk thinking that today was going to be his last day to live? My thoughts were all over the place. Did the kid have an intended victim? Were drugs involved? Fear was running a marathon in my mind and was winning first, second and third place.

Although my legs trembled, with effort, I managed to stand.

Greg grabbed the car keys from the ottoman in front of us and we ran toward the front door. 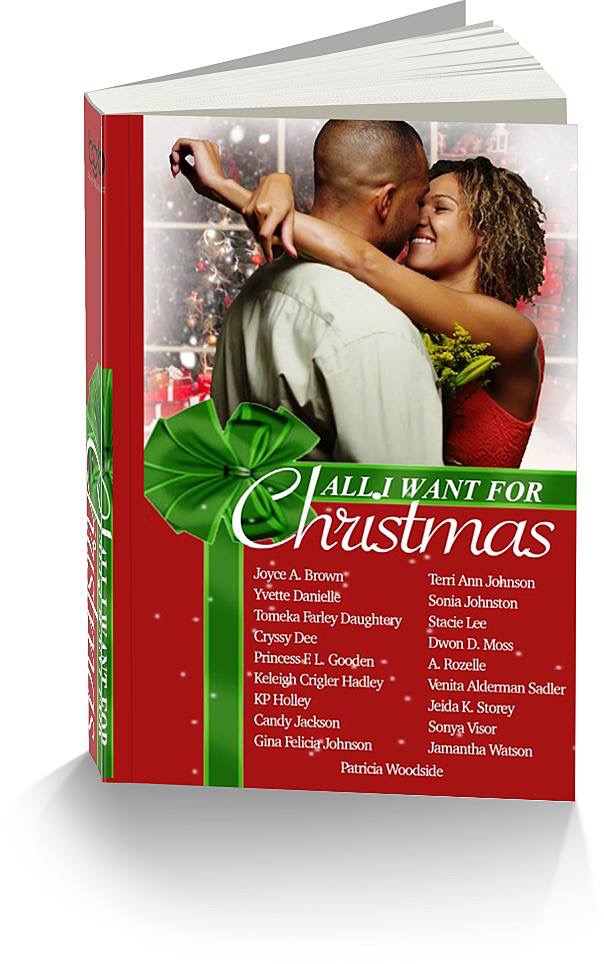 Read an excerpt from Terri Ann Johnson’s “A Silent Night?”

I turned my head, once again taking in the view of M Street and the shops below where I knew folks had dropped some serious coins to make sure their loved ones would be happy in the morning.

My eyelids felt like cement blocks were weighing them down, but I fought to stay awake.  I wanted to take in everything, on this, what could very well be my last day alive.

There was a fifty-fifty chance.

At least my HMO had chosen Georgetown Hospital and hooked me up with a private suite, no extra charge.

The creaking of the door startled me from my thoughts, though I didn’t have to turn to see who was entering.  I didn’t know why, but the door only creaked when Nurse ReAnn entered.

“Ms. Lachelle, I have your ice chips,” said Nurse ReAnn as she gingerly laid the cup on the tray.

Every time I looked at her, I had the same thought: she looked just like Wilona from Good Times.

I thanked God for Nurse ReAnn every day. Even when I didn’t speak to her for days at a time, she didn’t pay that mess any mind. If I didn’t talk to her, she’d just start humming, sounding like the folks at my grandmother’s church, maybe Angels Watching Over Me, by that Hawkins lady.

I let her hum, even though that was it. I was so mad at God that I didn’t want anybody to come into my room. She knew it, but, she still came in, opening the blinds, watering the plants, humming her tune.

I’d been in the hospital for three weeks, now and when I first came in, Nurse ReAnn called me Mrs. Jackson. But she’d transitioned from calling me Mrs. Jackson to Ms. Lachelle.  She never mentioned it, but I think someone told her about Brian.  Even though it had only been about a month since Brian died, I liked Ms. better anyway and when she started addressing me that way, I began to soften up and let Nurse ReAnn take care of things. Even Tracy and Vanessa got their information about me from her.  I mean, they’re my best friends, but I didn’t want their stress right now. So, I told them, “Get the 411, from Nurse ReAnn or don’t get anything at all.”  They chose the former.

“Ms. Lachelle, I know you feel that keeping you in here for the past few months has been a stretch, but with your medical history, we want to get you through this, okay?” asked Nurse ReAnn, bringing my thoughts back to the present.

I gave Nurse ReAnn the side-eye because I could’ve stayed on bed rest at home and not come in until today for the birth of my baby. But then, I tried to smile because she had kept me so comfortable.

But it was hard to smile because I felt almost paralyzed.

It was hard to keep my eyes open or even to move my lips.  From the TV that hung in the corner of the room, I heard Steve Harvey say, “And the number one answer is,” but I couldn’t open my eyes enough to see what rolled over on the board.

Something was wrong. That was my second to last thought. My final thought: Jesus, Jesus, Jesus!